Random Is What Random Does (Also in Roulette) 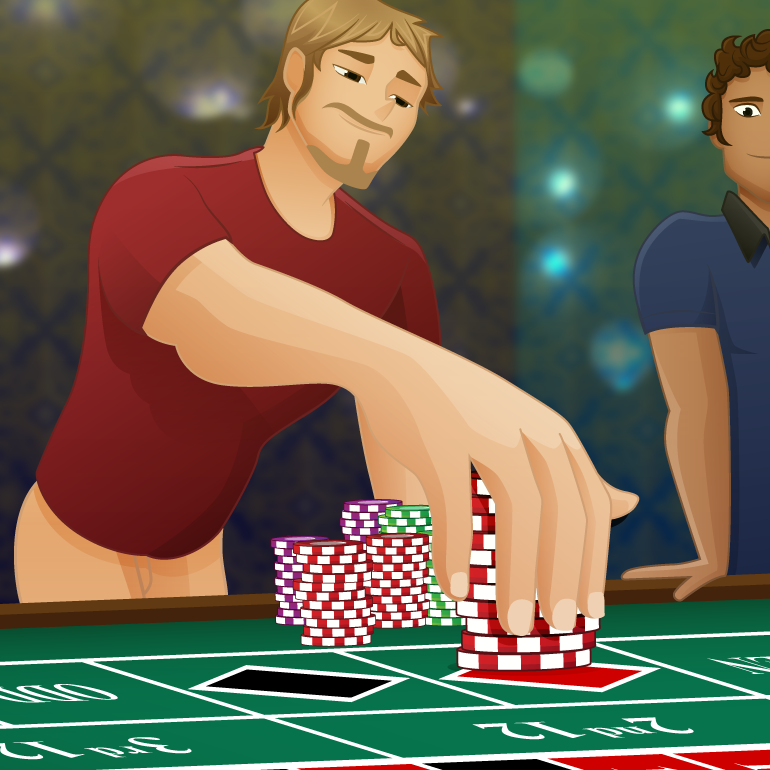 By
Frank Scoblete
May 4, 2022
Roulette Strategy

Roulette is a random game.

The dealer spins the ball across the top of the wheel fixture. That ball goes around and around, slows down slowly, falls through the bumpers (which it often hits) and then descends into the pockets where it jumps, skips, slows down rather quickly and then comes to rest inside one of those pockets.

A number is called. THE number! The WINNING number!

A roulette game is strictly random and any hope of actually getting an edge at the game died when the new (now relatively old) computers took over the wheels. The hopes of roulette players to find an unbalanced wheel (or an “off wheel” or a “biased wheel”) or a biased number are the hopes of small children wanting to be superheroes when they grow up. It isn’t going to happen. I am thinking that the biased wheel is a dead issue in the modern game.

[Please note: My wife, the beautiful AP, and I discovered a biased wheel in the early 1990s in Las Vegas and we played it until the casino shut down that particular game. We never found a biased wheel again.]

Still, the fact that roulette is strictly a random enterprise does not stop players from formulating strategies to beat the game. Roulette players look for ways to win even though in the long run, or short run, beating the game isn’t in the cards – or in the ball or the wheel so to speak.

I am dedicating this article to the roulette players who doggedly attempt to beat the game by using home-minted strategies. The casinos should be giving these players rewards for their efforts. 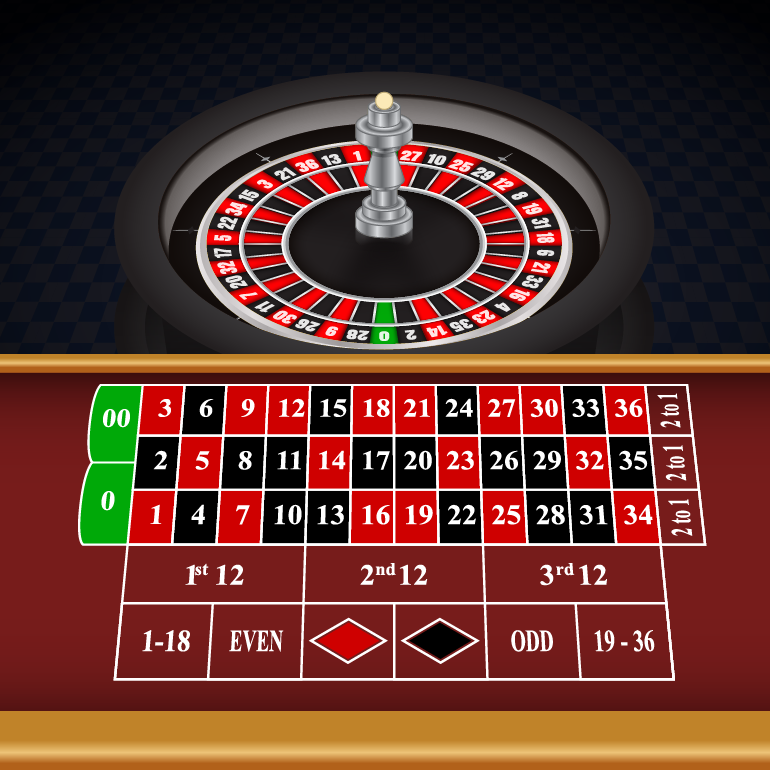 For many readers this strategy might seem far fetched, but I have seen some versions of it used by certain players at just about every game. It has a certain appeal and for many players who use it, the strategy seems logical.

Let’s use Bill as an example: “I like my random seeks random strategy. You see I know roulette is a random game but can other numbers that are random anticipate what numbers will come up at a roulette game? I think so.

“The day before I am going to play roulette, I look for numbers that I can bet at the game – but I am not at the casino during that time. I am out in the world in my real life.

“Okay, I go to work and one of my co-workers has a cup of coffee with the price written on the bag of $1.05. I will use the 1 and the 5 but I will also be looking for higher numbers, you know, double numbers.

“I take some more numbers down. My niece is getting married on June 15 and I just got a card from her announcing the date. It is 6 for June and 15 as the number. I will use this 6 and 5 too. I can double up on the numbers if those numbers come in another sequence. This 6 and 5 are new numbers.

“I can now look for more numbers in various ways. What numbers won the local lotteries? Baseball scores? Times certain things happened that day. I can even make words into numbers as long as the numbers come in at 38 or fewer. The word could be ‘love’ and I break that up into numbers and arrange the numbers so that they fit the game of roulette.

“How many numbers do I need to go to a weekend of playing roulette at my casinos? A lot. Hundreds in fact. I have my notebook and I have thousands of numbers in the order in which I should play them. I am prepared.

“It is random going after random, if you know what I mean.

“Okay, okay, I know what you are going to ask. Am I ahead using my system of play? No, I am not. But the challenge is so much fun that I can’t think of a better way to approach selecting numbers at roulette. To me this is the best of all selection methods.”

Bill loves the way he plays. No need to tell him what he already knows. His random selecting random just doesn’t work. No more than any other technique. 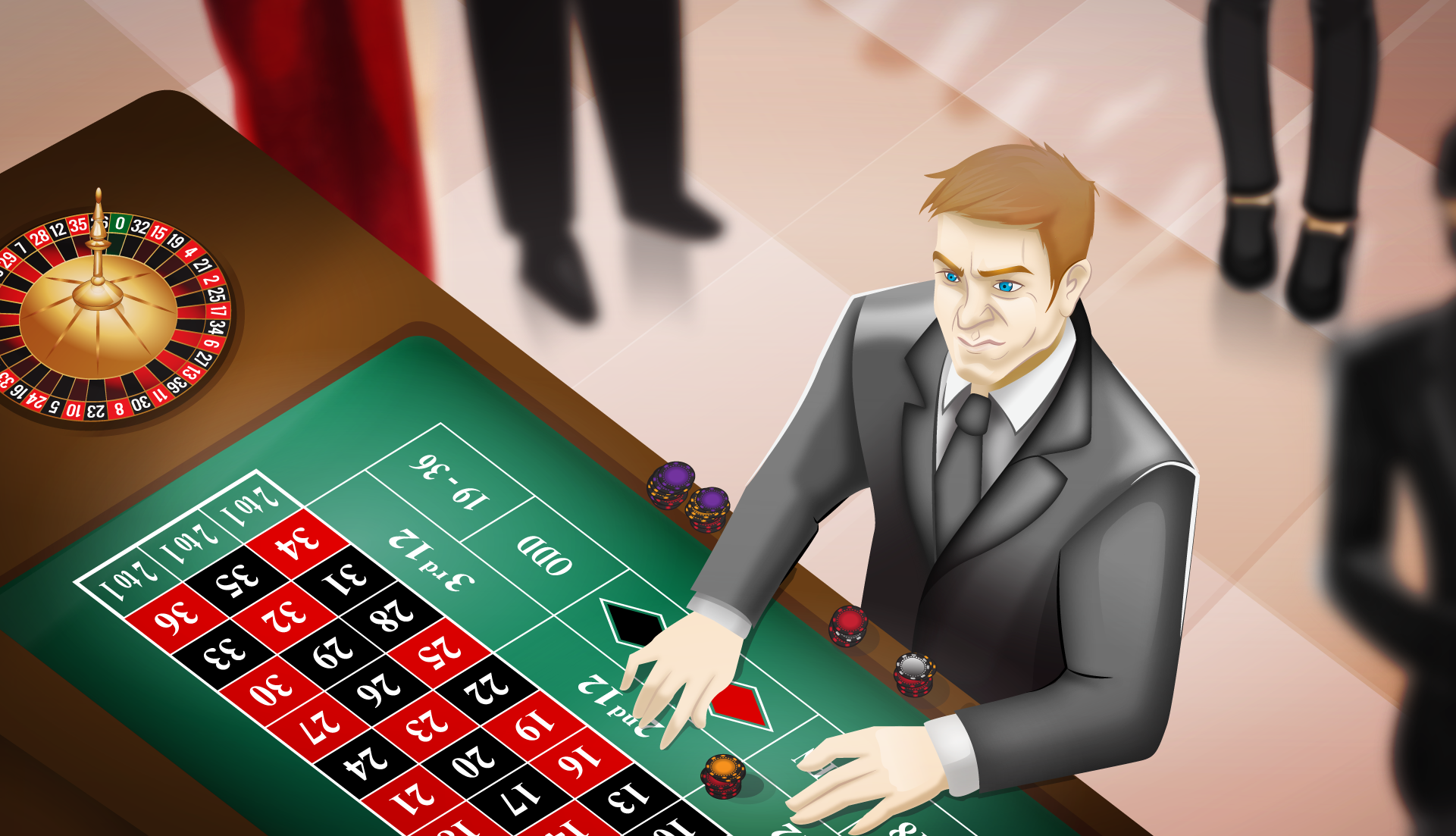 Maury is rich. Take it from him.

He says, “Look, I have enough money to play whatever I want to play for whatever stakes I want to play the games for. I will not be hurting if I lose some bucks here and there. Not at all.

“Playing casino games is fun and my most fun comes from roulette because I can go sky high with my bets and do things I don’t do at the other games. The 35-to-1 payout is a pleasure because it fills up your chips when you hit a number.

“That’s how I play. I have to hit a number and then I press, slowly at first, but if I start to hit that number again and maybe again, I will press like a speed racer. If I press enough, I have a mountain of chips on my number.

“If it hits soon, maybe within five decisions, I will go with a full press of $10,000. Yes, yes, I have permission to bet that amount. I play a private game my man. Just me and the roulette table. I admit, the casino gives me everything I want. I bet enough for that at roulette and at the other games too.

“If I win on my huge bet, what do I do? I’ll keep that bet going until I lose the wins or until I have made so much that I decide to play another game for even higher stakes. I am limited at roulette to around that $10,000 mark.

“You know I have a friend who is such a high bettor that the house will give him back half of his losses. How do you like that? I haven’t gotten to that point yet but who knows?

“I can tell what you are going to ask me now. Am I beating the game of roulette? Or am I beating any casino game? What do you think?”

Deborah enjoys roulette. She bets two bets of $10 each. She enjoys betting straight up on the two numbers because she finds the 35-to-1 payout to be exciting. She has her method of betting too.

“I follow the numbers that have been hitting. I go to the table and I look at the scoreboard, that’s usually 20 numbers that have recently hit. If a number has hit twice, I bet that number and hopefully there is another number that has hit twice and I will bet that number as well. Numbers can hit three times too, but you don’t see that too often but if one did hit three times, I would bet that of course.

“Now what if no numbers have repeated? I then pick the two latest numbers that have hit and bet those.

“I enjoy the casino very much but I am totally in control of my betting. I never have to worry about going overboard. I have my bankroll and I never go over that.”

A Proposition for the Young Lady

[A note from Frank: I enjoy the proposition bets, especially the even-money bets of red/black, high/low, and odd/even. I want to avoid long losing streaks and betting straight-up on the numbers can get you into those bad streaks. Yes, the house edge remains the same on the even-money bets but the pattern of the game is different. I like slow and steady. To each his own.]

Janet says, “I don’t go for straight-up bets directly on the numbers. I need to win some and not wait too long for a single win which I used to do when I bet straight-up. I know there is supposedly no difference in house edge between the proposition bets and the straight-up bets but it feels as if there is.

“I will go with the black at the red/black bet because I agree with – oh, what was the actor’s name? – oh, yes, Wesley Snipes who said to ‘always bet black.’ I forget the name of the movie. [Editor’s note: Passenger 57.]

“Anyway, I bet black. Does it have some magic property that lets it win enough times to make you ahead of the game? Sorry, no, it doesn’t. But don’t tell Wesley that. It might hurt his feelings.

“I will also occasionally go for the dozens and columns bets. But these I make when I am winning. That means winning enough that I know I will leave the game ahead for that session. These bets do pay two to one, which is a good payout for me.

“I know the house has an edge on all the games and I play recognizing that fact. I think we should all keep that fact in our minds. We are not playing even with the house and that is a fact of casino life.

I think Janet is closest to my way of thinking but all of our spotlighted players have their own thoughts about how to play roulette and how to approach the games. The casino attracts all types and that’s what makes it the world’s favorite adult playground!