Video Poker Returns - How Much is Too Little? 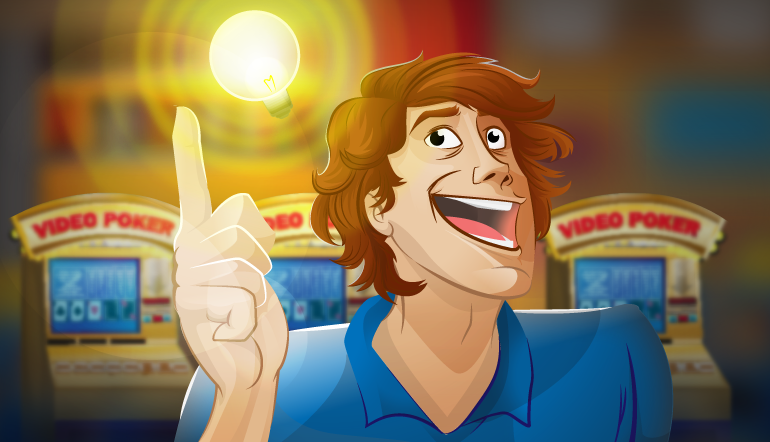 It is no secret that returns from video poker games have been on the decline. Such is capitalism. Consider the following three pay tables for the Jacks or Better video poker game. 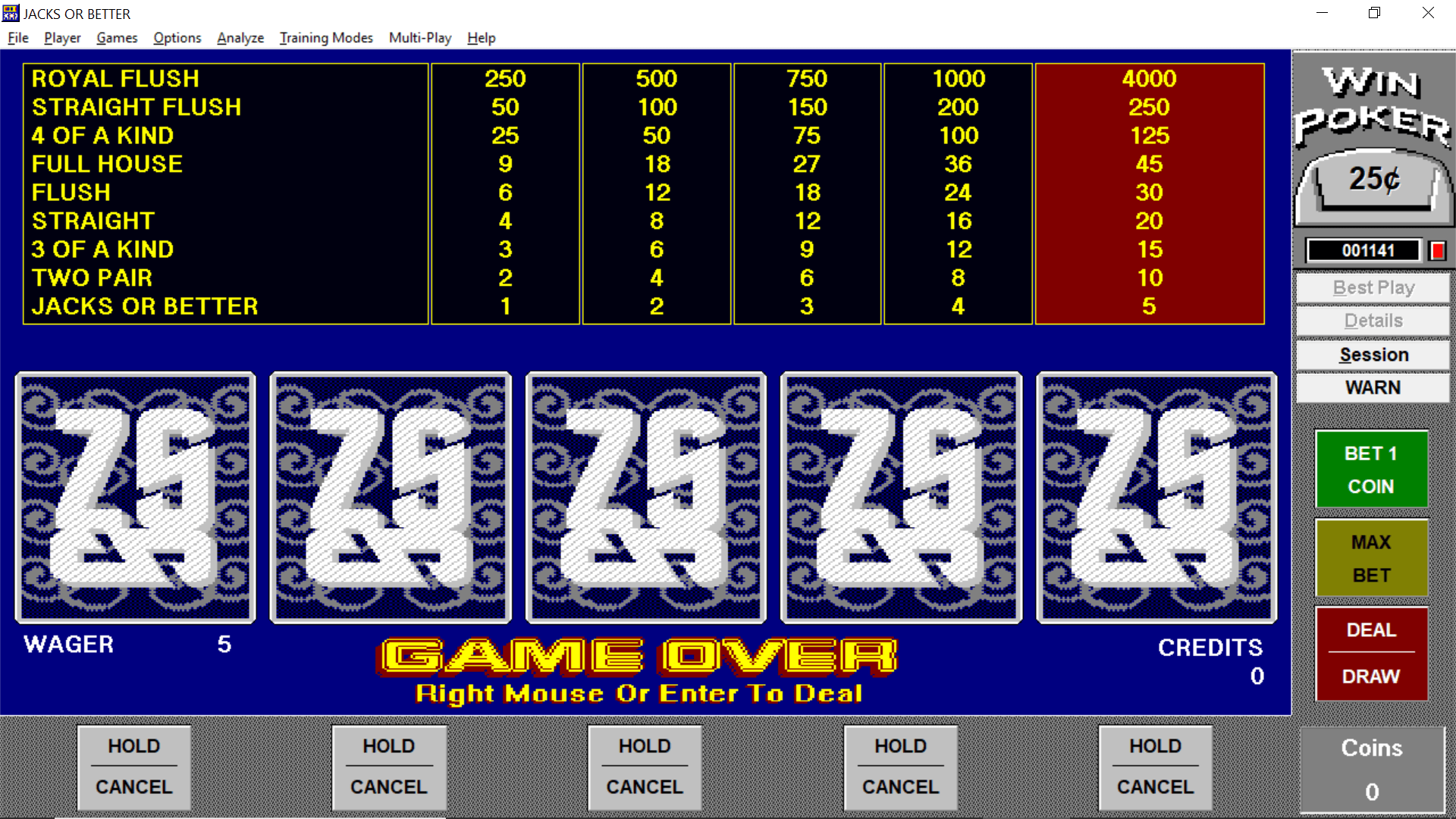 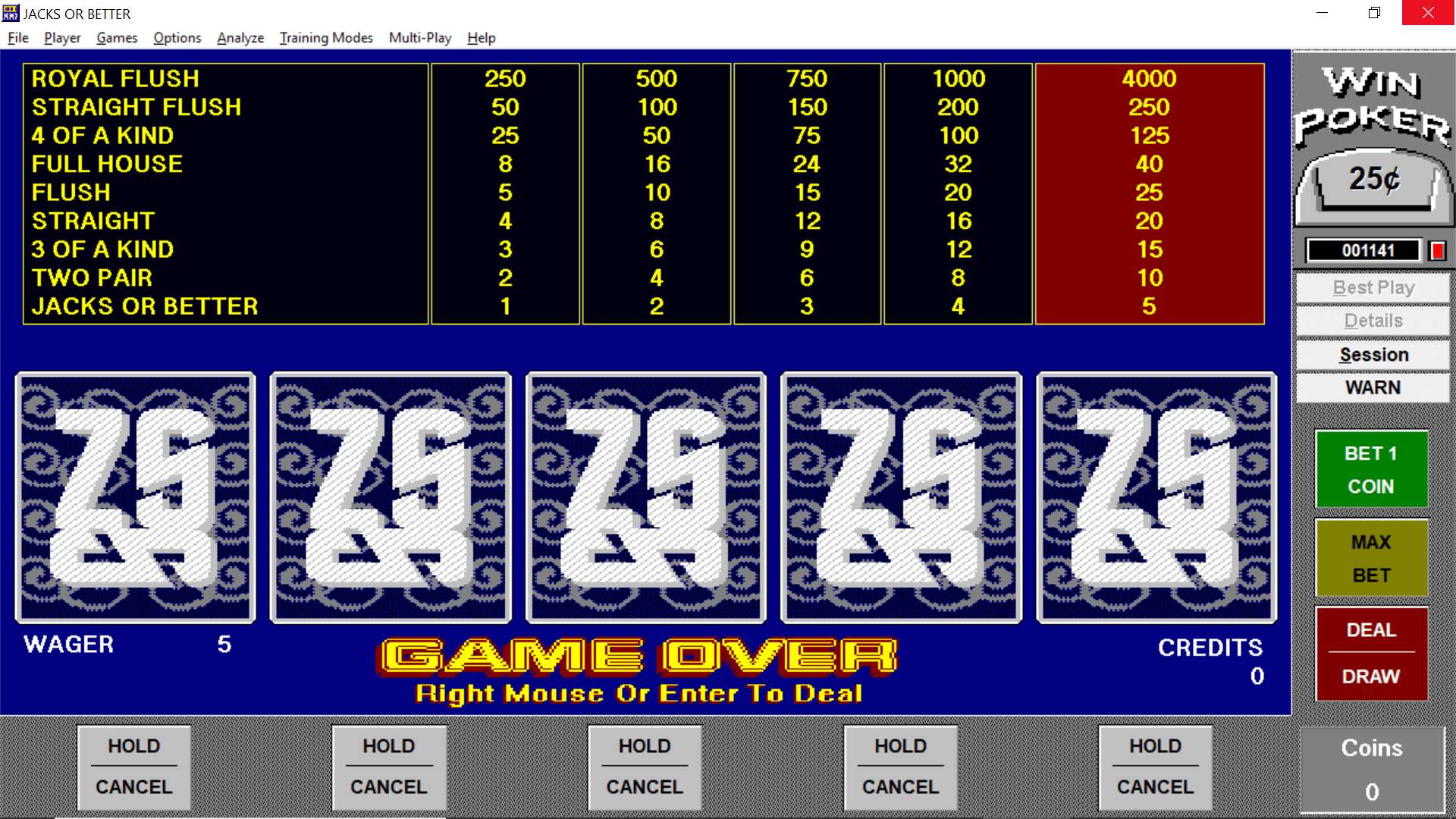 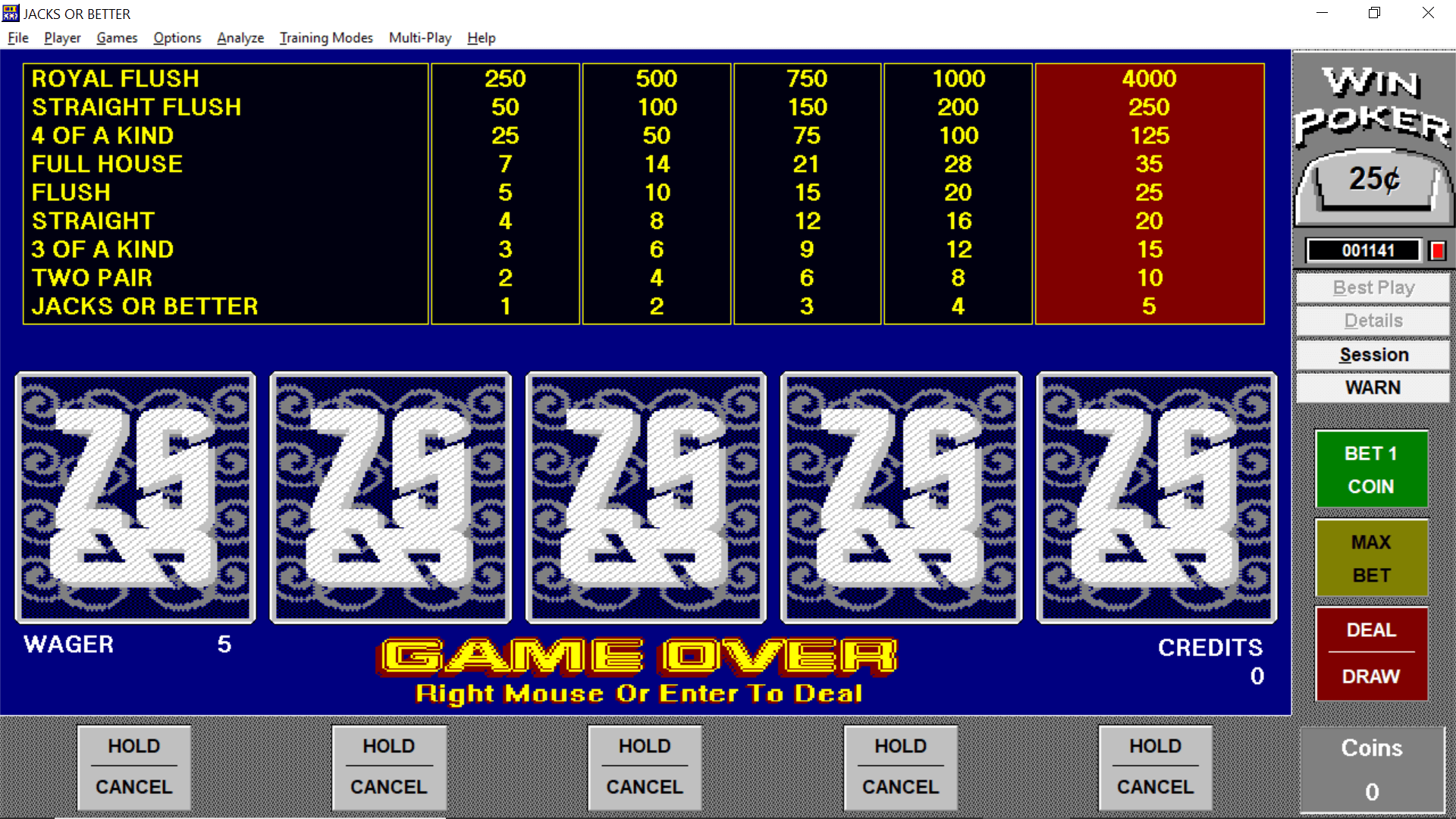 Let’s look at the effects of reducing the pays for full house and flush by a single credit.

With perfect play (and over time), the 9/6 version returns 99.5 percent of the amount wagered by the player.

The 8/5 version returns just 97.3 percent. By reducing the pays for the full house and flush by one credit each (which doesn’t sound like a lot), the return is lowered by 2.2 percent. The house edge goes from a half a percent to 2.7 percent.

Keep in mind that these percentages are assuming the player plays a perfect game.

Perfect play means the player always saves for the highest expected return. Very few video poker players even know what the best plays are, much less are they able to play each and every hand perfectly. Each mistake puts a little bit more of the casino’s video poker pot.

And, even more disappointing, many casinos have even worse video poker pay tables. It is not uncommon to see games returning 95 percent, 94 percent or even less.

Let us look at what return (and house edge) percentages actually mean to video poker players.

What about the 7/5 Jacks or Better game returning 96.1 percent (3.9 percent house edge) with perfect play? For every 100 dollars played, the player will lose $3.90. That amounts to 19.5 cents on each and every hand for the dollar player.

In many casinos it is worse. A game that returns 95 percent costs the player five dollars for every 100 dollars wagered – that amounts to 25 cents per hand for a dollar game.

Keep in mind that this is the average loss for a player who plays the game perfectly – and few do that. Exacerbating the situation is the fact that it is very common for video poker players to play 500, 600, 800, and even 1,000 hands per hour. At 500 hands per hour, a player playing perfectly on a dollar full-pay Jacks or Better game returning 99.5 percent will lose $12.50 per hour of play on average.

At the same rate a player on a 7/5 Jacks or Better game will lose will lose $97.50 per hour. That is a huge difference.

Full pay Jacks or Better video poker is becoming more and more difficult to find. In today’s casinos, the 8/5 version is usually the highest paying Jacks or Better game that can be found – many times, even at a $5 per credit denomination in the high stakes room.

Spotting the casino an additional house edge of over two percent makes playing 8/5 Jacks or Better a bad idea (in my opinion). A player can make a lot of errors on a 9/6 game and still have the house edge be much lower than that of the 8/5 game.

What should a player do?

Many (if not most) casinos that feature 8/5 Jacks or Better as their highest paying Jacks or Better game, also have 8/5 Bonus Poker which has a house edge of just 0.9 percent. The video poker strategy is also relatively simple. It is similar to Jacks or Better strategy so the learning curve is fairly low. Look for these games.

If there are no 8/5 bonus poker games available, check for other video poker variations such as Deuces Wild. With a little searching, most casinos have some sort of video poker game that has a low house edge of about one percent or less.

The house edge is the primary driver for successful video poker play - meaning returning home with the most money. It is next to impossible to have winning sessions when playing games with more than a two percent house edge.

However – and this is a big however – if you have the bankroll to play higher house edge games and don’t get upset with losses, play whatever game you find interesting. It is your money to enjoy spending however you please. Just make sure your bankroll is specifically reserved for casino play and not part of your normal monthly budget.

As long as the player knows what the house edge is and understands what that means to their bankroll, they are going into the casino with their eyes open. They must make sure, however, that when they enter the casino, they have an adequate bankroll and the discipline to not play beyond it.

Play to have fun – however fun is defined.