A Battle to the Finish: Blackjack Vs. Craps 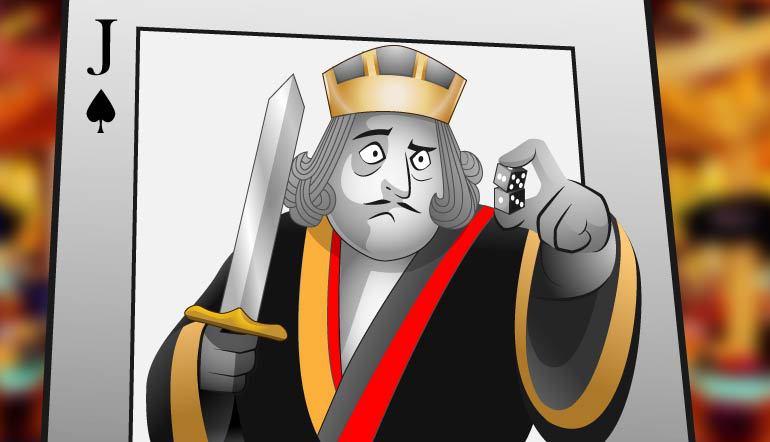 It is a “battle to the finish” between the casinos’ two most popular table games, blackjack and craps. Which is the better game?

There are many ways to look at the contest. Of course, you can state house edges but these are often obscured or enhanced by the number of decisions players make at each game. A fast game with a low edge can be just as dangerous as or even more dangerous than a slow game with a bigger edge.

For example, how many hands of blackjack does a player actually play at a full table of seven? Of six? What about that player going head-to-head against the dealer; how many hands does such a player play and what’s the long-term edge in such games? How much is this player expected to lose per hour?

At craps there are so many various bets, some good, some bad, some awful. A player can be playing a strong game against the house or find himself in the equivalent of a burning building. Which bets and what edges are players willing to face? Is it best to play alone at a table or with one or two others or with a whole crowd?

There are so many scenarios when playing either table game that it can make a player dizzy. What bets does a player make at craps and how many of them? What strategies does a player use at blackjack? How many decks does the player go up against?

I will also give you some comments from blackjack and craps players about why and how they play the game they like. 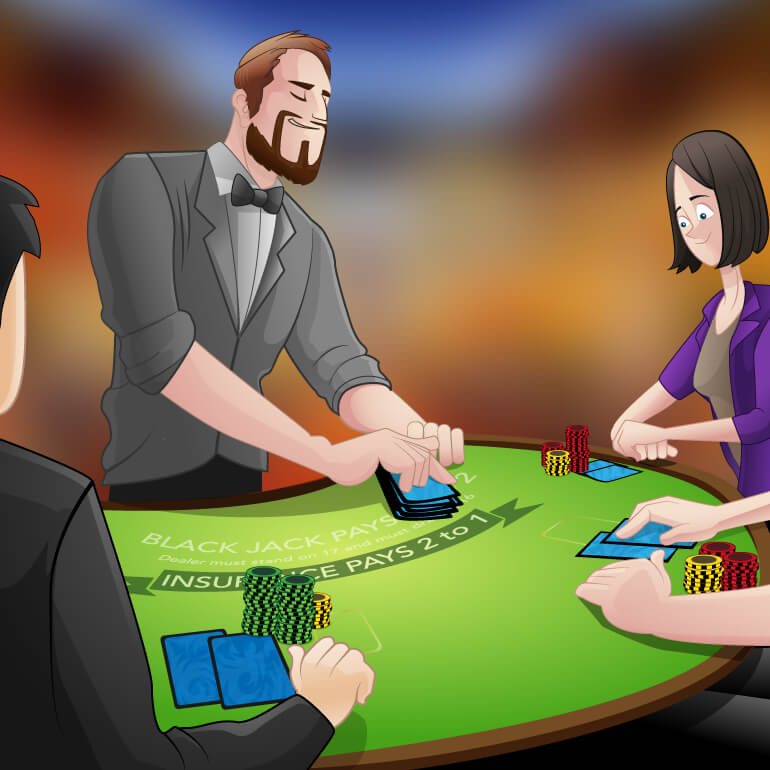 Most players play a multiple-deck blackjack game, composed of either six or eight decks. Six decks will be our reasonable game. In the good old days of Las Vegas blackjack players could challenge single-deck games with outstanding blackjack rules; you’ll be hard-pressed to find such games today.

Most players play a multiple-deck blackjack game, composed of either six or eight decks. Six decks will be our reasonable game. In the good old days of Las Vegas blackjack players could challenge single-deck games with outstanding rules; you’ll be hard-pressed to find such games today.

A general rule of thumb is to speculate that blackjack games come in with about a half-percent edge against the player, which translates into a loss of 50 cents per $100 wagered. Therefore I will use one-half percent as our median edge; above that is a game that is poorer or getting poorer. Below that is a game that is getting better and better.

Many games will mix up the rules, some good, some bad; but our chart is not going to do such mixing. I am also only using rules and situations that are most often found in casinos. So obscure rules found in individual casinos but not throughout the world will be ignored.

So let me take a look at a few of the above rules and situations:

The auto-shuffler will increase the number of decisions per hour by about 20 percent. Best to play at games where the dealer shuffles as these are far slower.

You can see that the good rules give you a chance to get more money into action when the game is more favorable for you or to reduce your losses. Casinos that limit your ability to utilize these options are restricting your chances to have success at any given session.

WHAT PLAYERS SAY ABOUT THE GAME

RONALD: “Blackjack can go back and forth between the player and the casino. At rare times a dealer gets hot and the players lose consistently or the player goes on a rather big winning streak but usually the house wins slowly. Since blackjack players basically face that one-half percent house edge, many sessions are winners for them. This keeps most of them coming back for more. It keeps me coming back that’s for sure.”

MARTA: “I am a social person and at many blackjack tables I get into good conversations with the other players and even the friendly-type dealers. I find the game is somewhat relaxing and I win many sessions that I play. I do not like to play against the dealer alone because the game goes too fast.”

JIMMY: “I go to the casino with the best rules. That makes sense to me. You want to play the games that give you the best chance to win.”

FRANCES: “I am not a card counter or anything but I have read a lot about the game. I play at full tables at games with the best rules that I can find. I like cuts that are not deep. I think overall I am a good player and I certainly do enjoy the game.”

While blackjack is a back-and-forth game, there are times when it can jump in the favor of the players or jump in the favor of the casino. When a player has some double downs, splits and doubles after splits, a winning streak at these times can be a strong positive enhancement to his or her bankroll. However, if the player loses on these options a severe slide can happen. 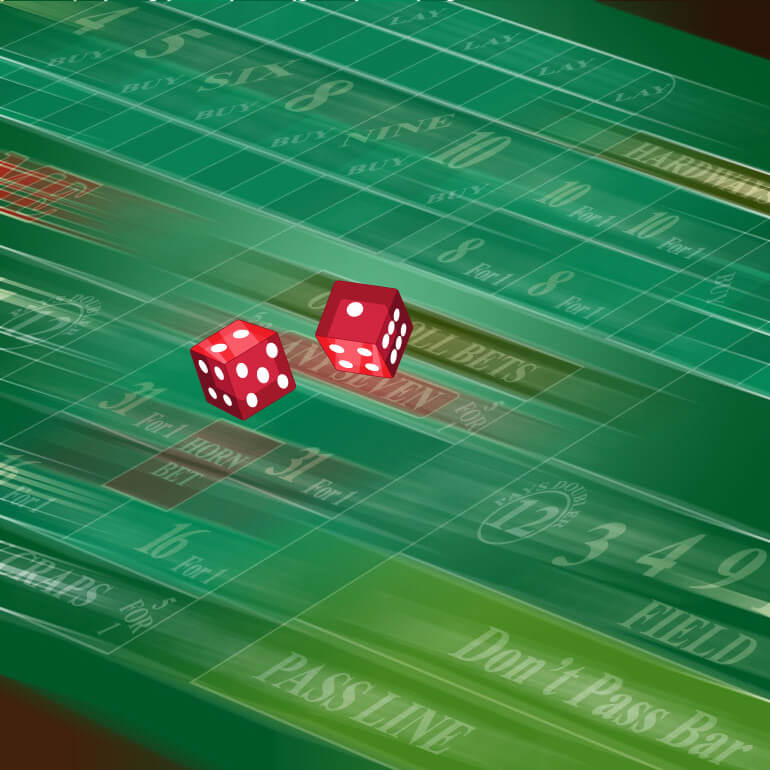 Craps is probably the most exciting and frustrating game played in the casinos. It is a communal game where players shoot the dice and feel they have some control of what is otherwise a random game. In short, craps players feel they take the game into their own hands. Except for true dice controllers such a feeling of control is an illusion. Still there are better and worse ways to play the game and these ways determine how much of a monetary edge the casinos have over the players.

Most craps games across the world are usually similar with one glaring exception, the number of Odds that players can take on the Pass Line, Come wagers, Don’t Pass, and Don’t Come wagers. The more a player can place in Odds, a bet with no house edge, and the less a player bets on the above mentioned good bets, the better he will fare over time.

Let me give you a short list of the good bets, the medium bets and the bad bets at the game of craps. Here they are with their house edges:

Quickly: All bets in the first two columns are a waste of time and money. The higher the edge, the worse the bet; it is really as simple as that. Since most craps players are rightside bettors let me stick with those as our example. If you bet the bad and medium numbers then you might like the game of craps but it will not be economically rewarding for you.

Most craps players have it in their heads (as I used to) that betting three numbers is the way to go. Of course, some other players prefer to bet a slew of numbers. I once saw a high roller lose 1.4 million dollars in one hour betting almost every number and proposition. Yikes! What happened to him in Vegas stayed in Vegas.

If you bet three Pass Line and/or Come bets then you triple the money that goes against the 1.41 percent house edge. That’s tripling your expected loss.

ONE BET ON ONE NUMBER

Now my idea that craps players should only bet one number at the game is radical (I will cover this fully in my article “A Game of Numbers”) and most craps players will think I am out of my mind. However, a single bet on a single number puts the game in league with blackjack in terms of hourly losses for the same amount of a player’s wager.

With 36 possible combinations on the dice, most rolls will have no effect on the player; only the player’s number and the 7 matter. When numbers other than the mentioned two are rolled, that is dead time. Dead time can’t hurt you.

Craps might be slightly more volatile than blackjack but it is not so volatile that it can crush you in the one-bet one-number strategy.

WHAT PLAYERS SAY ABOUT THE GAME

THOMAS: “Craps gets my juices flowing. No other game does that for me.”

WEYWARD: “When you are winning several bets in a row and the shooter is having a decent roll, nothing matches that!”

MARCUS: “Craps is the game. Once you get into it all other games seem relatively calm.”

So, folks, what is the best game? I have no idea. I guess it all comes down to a matter of taste.