They Said What? Misinformation about Blackjack 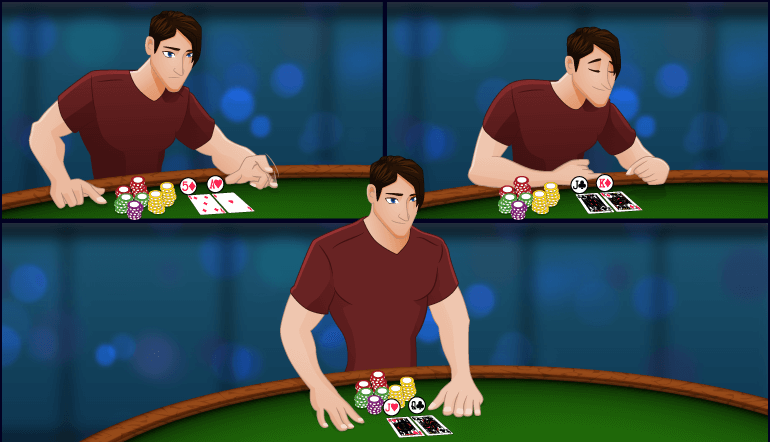 After nearly 50 years of playing blackjack, I could write a book that would contain all the misinformation on blackjack I’ve read in books and the Internet, and heard in casinos (of all places) and from fellow players. But rather than write the book, I decided instead to write this article for your enlightenment.

Let’s begin our journey in the casino. Here, you’ll find misinformation about blackjack strategy pontificated by dealers, pit bosses, casino managers, and, of course, by your fellow players. And let’s not forget about those little pamphlets located in racks in the casino that supposedly explain how to play blackjack to novices. Here’s just a tidbit of misinformation from the above sources.

Many moons ago when I was actively playing in a newly opened casino in Atlantic City, I picked up the pamphlet on “How to Play Blackjack” written by none other than the Grand Master of Blackjack. Here is some of his wisdom.

Do you believe a casino corporation would allow someone to write this drivel, and then publish it in a pamphlet to give away free to the public?  And this isn’t the first time I’ve read misinformation in casino pamphlets. But wait … it gets better (or worse) when you sit down and actually play against an expert-on-blackjack live casino dealer.

“Sir, do you really want to split those 8s against my queen? You are probably going to bust so I’d suggest you stand.”
“Sir, taking even money is the best deal in the casino.”
“Sir, you are the last player to act. Do you really want to hit that 12 (against my 2)?”
“Sir, are you sure you want to double that (soft) 18.”
“Sir, surrendering that 16 wasn’t a good play since you just lost half of your bet.”
“Sir, I can’t tell you how to play your hand, but if it were me, I wouldn’t split those 9s against my strong card (9).”

I’ve even had floor supervisors look at my playing strategy card (which I use for camouflage when I play) and then proceed to tell me the strategy is “all wrong.” I could go on and on with the advice I’ve received from the myriad of casino employees but I think you get the point, which is this: most dealers (and casino bosses) know very little about blackjack playing strategies so you should never ask them for advice. (If you have to do this, you shouldn’t be in a casino risking your money playing blackjack in the first place.)

But if you think dealers and pit bosses say crazy stuff about blackjack strategy, it palls in comparison to what fellow players spout. I can’t tell you how many times I’ve been lectured by another player about my blackjack-playing prowess. Here’s a very small sampling of what I’ve had to endure.

“I wouldn’t hit that 12 if I were you.”
“Are you crazy splitting those 4s?”
“You hit and took away the dealer’s bust card. Are you happy?”
“Come on; stop hitting those damn 16s against a 10 because you’re screwing up the flow of the cards.”
“Thanks to your stupidity, I just lost a hundred bucks.”
“Brother, you don’t know a thing about blackjack.”

The list is endless. Now I don’t want to give you the impression that every time you play blackjack you are going to be harassed by a fellow player. Getting unwanted comments from seated players is the exception rather than the rule but, unfortunately, it sometimes happens. My advice to you if someone starts telling you how to play your hands is to simply tell that person this: Look, it’s my money and I’m going to play my hands the way I want to, and if you don’t like it, play somewhere else. (This usually will shut the player up, or if you’re lucky, he or she will take your advice and leave.)

The point is this: You should never listen to the advice of a fellow player as to how to play your hands. (It’s been my experience that players who offer advice to other players know less about  blackjack strategy than dealers or pit bosses, and the latter is scraping the bottom of the barrel.)

Let’s now take a trip to the movies to watch “21,” a story about the famous MIT blackjack card counting team. (Even if you saw the movie, stay with me.) You would think that a movie about card counting would contain accurate information about the game. I mean there are plenty of well-known blackjack experts that they could have consulted on this important point. Unfortunately, this was not the case. I saw the movie and here are just a few of the blackjack blunders that I jotted down. (My comments are in parentheses.)

There are more blackjack gaffes in the movie but you get the point: Don’t believe everything you see or hear in a Hollywood movie about the game of blackjack. Like the famous comment by the surveillance guy in “Rain Man”: “We know he isn’t counting because no one could possibly count down a six-deck shoe.”

Lastly, we come to the blackjack “advice” on the Internet. There is some very accurate information on the web but, unfortunately, there is a ton of misinformation out there.  Let’s face it … anyone can post anything about blackjack on message boards, or on his own or another’s website. If you don’t know the background of the persons who are offering advice about blackjack strategy, I’d suggest you google their name to find out if they are reputable players, authors, or better yet, blackjack mathematicians. Otherwise, you might be reading a whole lot more misinformation about the game.

Blackjack Tips
About the Author
By
Henry Tamburin Ph.D