How to Play a Pair of 4s in Blackjack 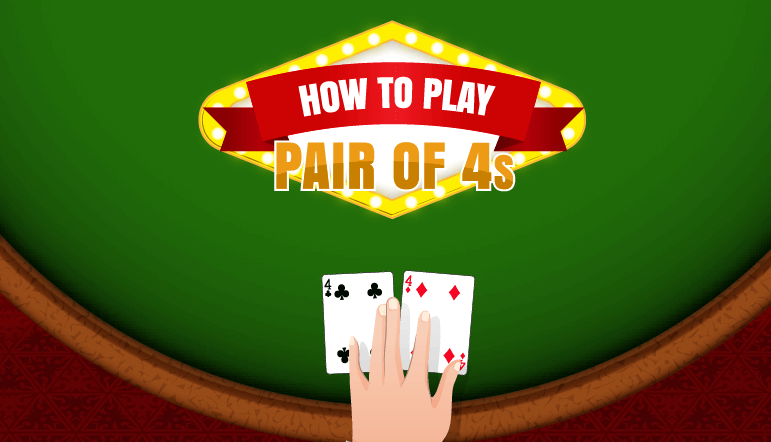 When you are dealt a pair of 4s in blackjack you have three viable playing options:

Which blackjack strategy you should invoke depends upon what the dealer’s upcard is, the number of decks of cards being used, and whether double down after pair splitting is allowed. 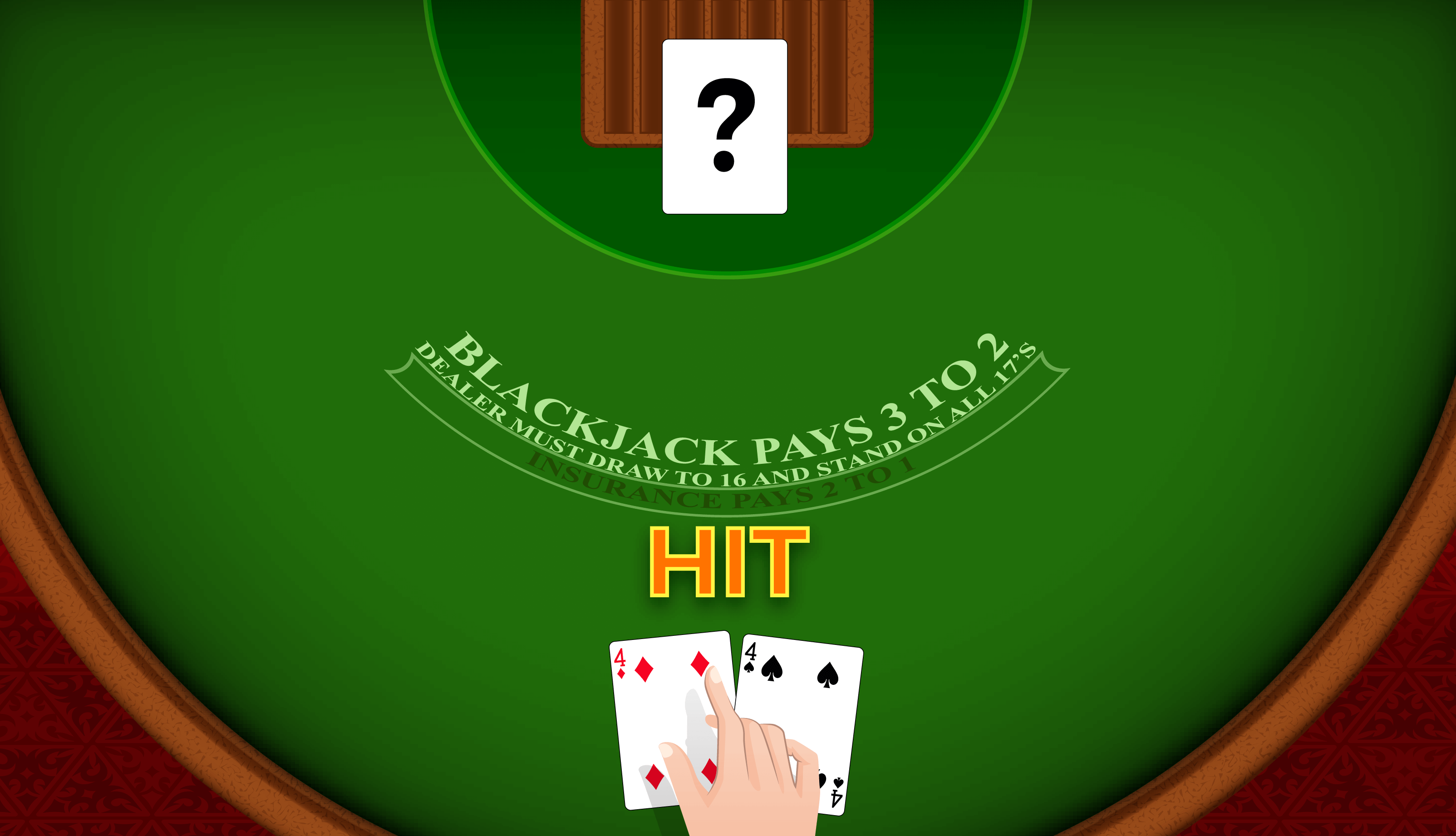 If the blackjack rules allow doubling down after pair splitting (DAS) 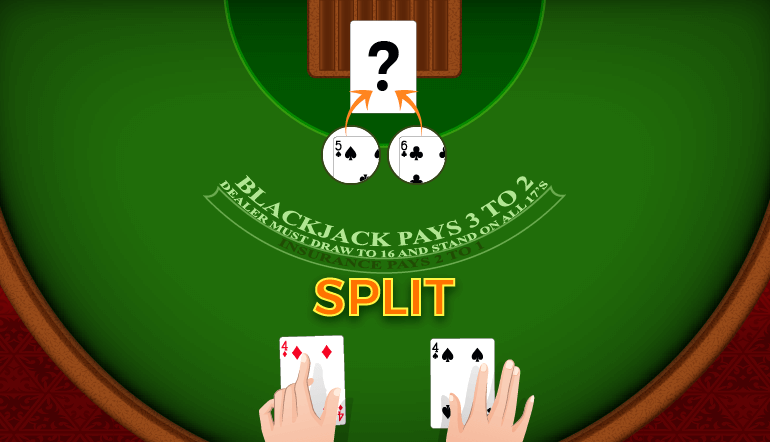 In a single-deck game, the basic playing strategy is

DOUBLE- AND MULTI-DECK WITH NDAS

DOUBLE- AND MULTI-DECK WITH DAS

Whether you should hit, split, or double down is based on one of these three criteria:

For example, suppose you are dealt a pair of 4s in a six-deck game with DAS and the dealer’s upcard is a 6. The basic playing strategy (shown in the above chart) states to split. The reason is because splitting has a greater positive expectation of winning than either hitting or doubling down. In other words, you will win more money in the long run by playing two hands, each starting with a 4, than by either hitting or doubling an 8 (i.e, a pair of 4s).

Here’s another example: suppose you are dealt a pair of 4s in a six-deck game with NDAS and the dealer’s upcard is a 3. Doubling and splitting have negative expectations whereas hitting has a positive expectation, making it the best play.

A final example is being dealt a pair of 4s in a single-deck game against a dealer’s 6 upcard. If the rules specify NDAS, all three viable playing options (hitting, splitting, and doubling) have positive expectations but doubling is more positive making it the better play.

If the playing rules allow you to resplit, then it is advantageous for you to do so. For example, if you were dealt a pair of 4s against a dealer’s 5 upcard with DAS, you should split. Suppose on the first 4, you are dealt another 4 on the draw.  You should resplit to form a third hand.  If the casino allows resplits up to a total of four hands, then you should resplit again if you are dealt another 4. Resplitting pairs is a player-favorable option that you should always take advantage of.

IF THE RULES DON’T ALLOW DOUBLING DOWN ON 8

If the playing rules don’t allow you to double down on an 8, then you should hit (see single-deck chart above with NDAS).

You will always win more or lose less if you follow the above basic playing strategy for splitting, hitting, or doubling down on a pair of 4s.

For a complete basic playing strategy for any set of playing rules, consult Chapter 3 in the Ultimate Blackjack Strategy Guide.

Blackjack School
blackjack
About the Author
By
Henry Tamburin Ph.D