The Subtle Power of the House Edge 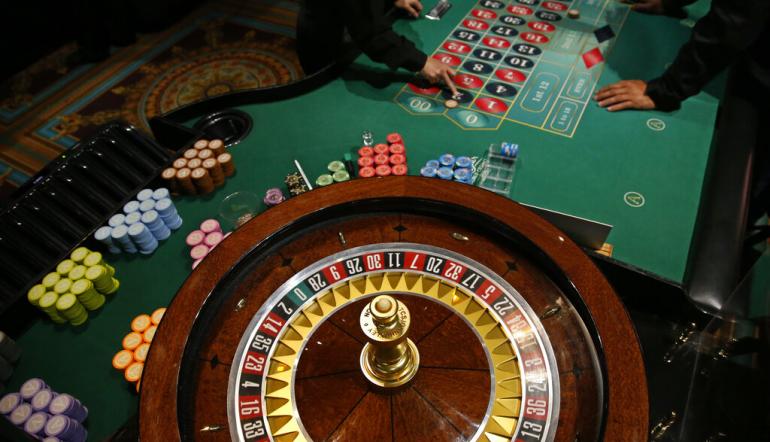 Most casino players know that the house has an edge over them at every game. Indeed the casino has an edge at almost every bet at every game. Most players know that in the long run they will lose because that “house edge” can’t be beaten except by great luck at a slot machine or a few nights of magnificent wins and a quick retirement from casino play.

But that “house edge” is not really thought about much – not really pondered –and few, very few, players know how the edge is actually achieved by the casino. That remains some kind of mystery.

Don’t get me wrong. How the casino gets the “house edge” is no deep, dark secret, only to be revealed to the true cognoscenti of casino play such as brilliant mathematicians and magicians. It’s just that players don’t seem that interested in learning how the casino achieves it. Nor do they have any idea of how the “house edge” siphons their money for the house.

Players surely think the “house edge” exists. How it is structured at the games just doesn’t matter to them. And that is a plus for the casinos; a big plus indeed, as ignorance of the facts makes those facts even more powerful over the players. That is something similar to “ignorance of the law is no excuse.” Many people behind bars have learned that fact.

There are very simple mathematical reasons for how the house establishes its edge over the players but the first and strongest lure for the player is the idea that he or she can win some money or maybe a lot of money.

Yes, the first lures are purely emotional and hit at our deepest wishes and hopes.

Giant posters and billboards do not show mega-slot winners with the words, “I beat the house edge! Yippie!” Instead, they read “I won a million dollars!” Which sentence brings out the hope and anticipation in the player? It’s obvious.

The lure of money is the first half of the tasty bait to catch the schools of player-fish.

The second half is the overall look and “feel” of the casino, the beauty of those machines, (said one woman, “The machines dazzle me!”) the allure of the tables with happy players and professional dealers, will also add to the possible dazzlement of playing.

[Please note: Many players’ emotions can get overheated in such an environment. I’ve seen that many times. Normal people suddenly transformed into casino werewolves, playing foolishly, spending money they just should not be spending. That’s overheated and overwhelmed and just plain bad.]

Enter a casino (enter even some online casinos) and those lures will shine brightly for the players. It can’t not be.

Many critics of casino play poo-poo the idea that emotions have anything to do with the games. On a computer or in a mathematical formula, emotions don’t exist. But few players are emotionless machines. Emotions are everything for them. Just listen to the screams at a winning craps table. You can even listen to the moans if you wish. Slot players scream with joy at big wins or shake their heads in sorrow as they keep losing.

The casino and casino games are a magic kingdom and that fact is the powerful calling card of the house. The casino, short of anything else, is a labyrinth of emotional entanglement.

No one has to play any casino game. That’s simply a choice people make. As you can see the casino structures its pleasure palaces to lure play from players.

There are other inducements that tickle the possible player’s mind. These are called “comps” as in “free stuff” the casino gives to players to reward their play.

Players associate comps with how much they bet. This is true, up to a point. How much a player lays out for his or her gameplay is important in the comp world.

Who is more valuable to the casino? Obviously, the player who goes against the 10 percent edge.

Too many players have the idea that if they bet more, they will get more in comps. Not so. If they are betting more at a game with a high house edge, the player will lose more. That’s what determines the comps; how much the players are expected to lose over time, not just how much they are betting.

The expected loss is considered a theoretical loss. At any given time, a player can be ahead of the game, way behind in a game, or all over the place at the games. What matters is the expected (theoretical) loss for that player. That determines the comps.

Comps can function in two different ways. The first is obvious. Players have to eat. Give a comp for a meal. If the player is staying at the casino hotel, give a free or discounted room. Heck, they have to sleep and bathe sometime, right?

The higher the theoretical loss, the better the comps.

Before I get to the ins and outs of how some house edges are determined, I want to answer a question I have been asked many times.

QUESTION: If a player is winning over some period of time, why does the casino give that person any comps at all?

ANSWER: The casino is not playing one table game against one player; it is playing hundreds of games in a day against hundreds of players and thousands in a week (or more for each period of time depending on how large the casino is).

The casino is not just looking at one slot player’s results, it is calculating all the results for the whole casino. Think of all those machines being played throughout the day and evening. That’s a heck of a lot of decisions.

And that’s what really is happening.

The mathematical figures at the end of even a short period of time will be in the range of the theoretical, whether Joan is way ahead or Sally is way behind. Those two will get their comps based on their individual theoretical losses, nothing more and nothing less. This will not hurt the casino at all. The casino’s true percentages are based on the totality of the numbers.

The Structure of the House Edge

There are two ways the house gets its edge at a game. It can win more decisions or it can take a certain amount from the player’s possible win – meaning it short-changes the player. 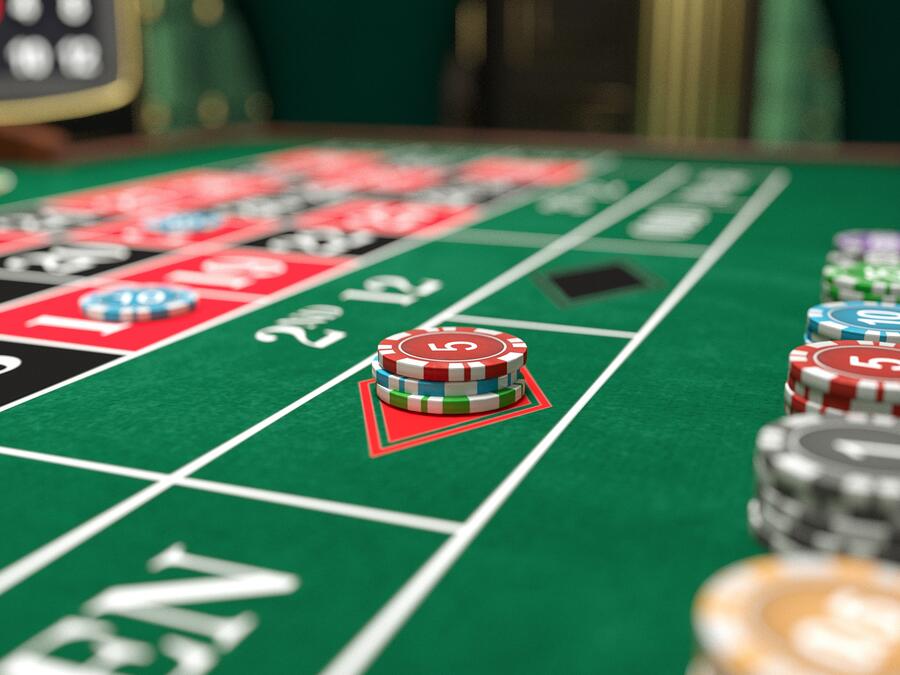 Possibly the oldest game in the casinos, roulette has a simple method for establishing its edge over the players. It shortchanges all payouts for winning bets.

Now, many roulette players have no idea that this edge is working on every decision at the game. They might think that a 35-to-1 payout is some huge gift. It isn’t because the player is paying for each and every win. You might consider the casino a partner of the player’s win, keeping two units of what should be a 37-unit win.

Every bet at the American game of roulette comes in with that 5.26 percent. It doesn’t matter if you are wagering on the inside numbers, on groups of numbers, or proposition bets – the edge is locked in.

The European single-zero wheel (0) only has 37 numbers and it still pays out 35-to-one. It removes one unit from a player’s win. That reduces the house edge to 2.7 percent. That 2.7 percent will exist on every bet of the game.

The pass-line bet wins 244 times for the player but the player loses 251 decisions. The same is true of the come bets. This means a 1.41 percent house edge.

The other bets at craps, such as the place bets, hardways, single-number bets and proposition bets will shortchange the players by not paying back the true odds of the wager. For example, the any-seven bet (known as Big Red) should pay five-to-one but only pays four-to-one. That creates a monstrous house edge of 16.67 percent.

Again, these house edges are working on all rolls at all times.

The house edge at the game is about 0.5 percent. How could that be since the house wins 48 percent of the time?

To make the game more appealing the house has added special hands where the players can either cut their losses or add to their wins. For example, a blackjack will pay 3-to-2.

Blackjack is a dynamic game as the odds change based on what cards have been played. This appeals to card counters who keep track of the cards and the casino edge at all times in the game.

Players get to make decisions on how to play their hands against the dealer’s up-card. Making the proper decisions based on the computer-derived basic strategy will keep the game quite close.

Put your credit slip in and press the play button and watch the antics of the machine and all the while keep hope in your heart. That’s the basics of slot play. Each type of machine will have a given return percentage and these are not actually released to the public. Doesn’t seem to upset any players to whom I’ve spoken.

Players develop their own ideas as to what are cold machines, warm machines and hot machines. These ideas are merely based on their experiences with such machines. Some players just play machines that they consider fun, regardless of what they have made or lost on them.

But slot machines are really simple to understand; more money goes in them than comes out of them. They are computer programmed and short of a faulty machine, they are economic cannibals – and they are also the favorite game of all in the casinos and online!