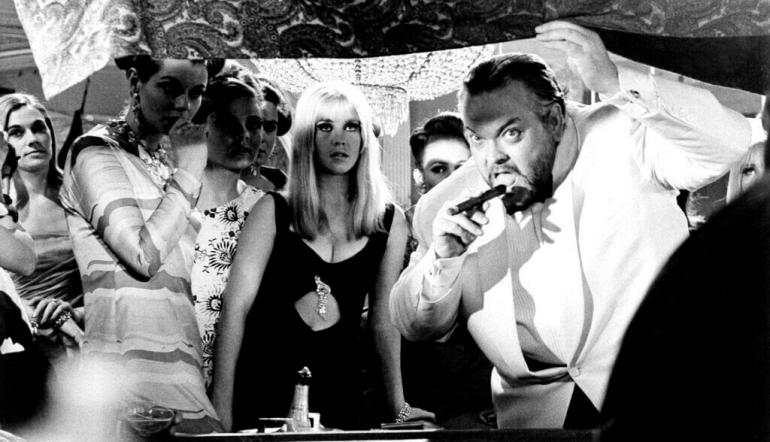 He is tall, lean, with a healthy head of hair. You can see that he has a magnificent physique under his black tuxedo. He saunters through the casino with the air of a god as he looks casually at the crowd of well-dressed people. Oh, yes, many people stare at him.

Men wish they were like him, even just a little bit. Elegant young women in beautiful clothes give him appraising and then appealing glances. He brings seductive smiles to their lipstick lips. Will he perhaps choose one of them for his other entertainment of the night? Each of them can only hope.

He strolls to the roulette table. “Bond, James Bond,” he says. The roulette dealer smiles. Bond is known and idolized in every major casino in the world.

Another dealer pushes out a stack of chips, rectangular chips as this is a classy European casino catering to high rolling, wealthy players. The roulette table is not teeming with players. Everyone has a comfortable luxury seat.

“Good evening, Mr. Bond,” says another dealer. Bond nods and places his stack of chips on number 17, which has become known throughout the casino world as his number. Other players immediately copy him. Number 17 is now overflowing with chips. Can lightning strike this man of mystery and danger?

“Sir would you like a drink?” asks the server, a beautiful young woman in her own right. “A martini, shaken, not stirred,” says Bond. “Yes, sir,” seductively responds the server. “Shaken not stirred.”

The dealer now takes the ball and shoots it around the upper rim of the roulette wheel. It spins and spins and finally heads towards the pockets on the wheel. It bounces, once, twice, three times and lands in – number 17! The crowd of players cheers such good fortune.

Bond takes his win and leaves the table. Eyes follow his every movement. He is heading, everyone thinks, to his room where several beautiful young women wait for him.

I first saw Bond in the movie Dr. No when I was 15 years old. I wanted to be James Bond. I wanted those beautiful women to give me those seductive looks and slight smiles. I even practiced saying my name the way Bond said his name, “Bond, James Bond.” Scoblete, Frank Scoblete.

Saying my name like that didn’t have much of an effect on high school girls whose smiles probably meant they thought of me as an idiot and not some dashing good-looking spy. I was too young to go to Las Vegas casinos way back then but maybe when I did go me saying “Scoblete, Frank Scoblete” would impress those beautiful young women who hung out there. Anyway, that was a teenager’s hope.

[Please note: Roulette has had a big role in many movies; for example in Casablanca, Dirty Rotten Scoundrels, Indecent Proposal, and The Sting, as well as those great James Bond films.]

I had a secret in those days. I thought I had found a way to beat the game of live roulette. That’s right, I could beat the game. I was surprised no one else had figured it out but that was their problem. I wanted to confirm my idea so I asked my father, a wise man who knew everything about which my 15 year-old brain could question.

“Dad, I have found a way to beat roulette,” I said to him in a matter-of-fact way.

“You just have to bet the number 17,” I said confidently.

“Why do you think that number will lead you to beat the game over time?” he asked.

“In the movies, yes, but why do you think that would be so in real life?”

I looked at my father. Maybe he wasn’t as wise as I thought. I thought maybe he could have figured this out himself if he gave it some serious thought. Parents are often not as smart as we think.

“Dad, the movies aren’t going to lie about something like that are they? I mean they are telling people flat out that number 17 is the most winning number. They must have figured that out, right?”

“The movies lie all the time. That is what a story can be, fiction, not real, also you could say a lie. There is a King Kong in the movies but there is no King Kong in the real world is there? Gorillas don’t come that big.”

King Kong was my favorite monster of all time; he still is. “Yeah,” I said. “I know King Kong isn’t real. There are no gorillas that big.” I then gave it some thought. “But there are real gorillas, right? So they just made King Kong bigger is all.”

My Dad smiled, “Yes. There are gorillas. And there are roulette games and there are numbers at roulette games and after every spin one of the numbers will win. But that doesn’t mean any one number over time is going to win because what? It’s a lucky number? Wouldn’t the casinos have to check all the numbers that hit over a long period of time to establish that number 17 was the luckiest one? And if they found that out would they keep using those wheels? I doubt it.”

He looked at me. I guess now that he was looking at me sympathetically.

He said: “Numbers hit all the time but the casino has an edge over the players because no number is lucky for prolonged periods of time. It just doesn’t work that way. The numbers are picked randomly. A player can win tonight and the number he hits could be seventeen or some other number. None of them, no numbers, are actually lucky numbers even if players think this or that one is lucky.”

He was right. I knew he was right. Parents can also be right at times. I had come up with what I thought was a great way to beat the game of roulette and I was totally wrong about its effectiveness.

I realized too that James Bond was not a real person and that a roulette game in a movie did not tell us the truth about anything. It was all just make-believe. There was no way to beat the game over time.

CAN YOU BEAT ROULETTE?

Are there ways to beat roulette? On very rare occasions in the past – the distant past – some players have been able to beat the roulette wheel. The old wheel. Those old wheels are long gone from the casinos. They are antiques and the few players that beat them are most likely dust.

There has been some speculation that some dealers can control the landing of the ball into select pockets. I’ve asked many dealers in the last 10 years if they think this is possible and just about all of them said it was not. Some just said, “I doubt it.”

What about tilted wheels? These may exist at times but today’s wheels are usually computer controlled in terms of analysis of their function. A tilted wheel would be tilted right off the floor.

Beating roulette? My father was more right than those people who are more wrong that the game can be beaten.

WHY YOU CAN'T BEAT ROULETTE

Some players actually think the casinos are luckier than the players and that’s why the casinos beat us over any extended period of time. My mother used to think this. She would say, “The casinos win because they are the casinos.”

Okay, so mom wasn’t always right. The casinos beat us because of the math; not the magic of good luck.

Most players know that the casinos have an edge at the games but only a small percentage actually know how the casinos get that edge. It has nothing to do with luck of any type.

The American double-zero wheel has 36 numbers (1-36) and two zeroes (0, 00). If the casino and the players were playing a fair game, meaning neither had an edge over the other; a player’s win on a number would pay 37 to one. Mathematically the game would be the casino wins 37 times; the player wins one time and the game is a dead draw.

However, no casino can make a profit if its games wind up as dead draws. They need to change the nature of the payout in roulette to establish their superiority over the player. They do this simply by paying winning bets 35 to one instead of 37 to one. A winning bet for the player means the casino keeps two chips for itself.

The European wheel has 36 numbers and one zero (0) and the game still pays 35 to one on a win for the player. This game is superior to the American wheel.

You might hear some players complain that casino games are “fixed” as if this were cheating of some sort. Nothing could be further from the truth. No business can survive if it can’t make money on its product. Casinos are no different. They must win in the long run or they won’t be around for very long.

Players who do not know how casinos structure their games are merely using their ignorance as a reason for denying that they are playing games that in the long run they cannot win. The casinos do not hide the fact that they have an edge.

DOESN'T "EVEN MONEY" MEAN THE GAME IS A FAIR CONTEST?

There are three wagers at the game of roulette called “even-money” bets. These wagers are red/black, odd/even, and high/low. The term “even-money” makes some people think that these bets mean the house does not have an edge. Sorry, no; the house still keeps its edge. Here’s how:

Yes, “even-money” just means the game pays even money on a winning bet. It doesn’t mean the odds of roulette are actually even.

SO WHO REALLY PLAYS ROULETTE?

In the high end casinos, and in the high-roller rooms, you might get that tuxedoed, good-looking man who can saunter much like James Bond. My guess is that such men are few and far between.

Roulette players are simply you and me with some exceptions, mostly exceptions in players’ bankrolls. You aren’t going to see many tuxedoes in most casinos. In fact, except for the occasional casino wedding, tuxedoes are not the favored dress or the norm among players. You will see more short-sleeved shirts and jeans than you will see elegance.

The land-based roulette games, especially on weekends, can be crowded with hands reaching in to make bets and some piles of chips getting knocked down when aggressive types push out their wagers. The James Bond easy-does-it slowness does not reign in most roulette games. Players want somewhat fast action and dealers often have to stop players from making bets even after the dealer says, “No more bets!”

Still, I do want to see those elegant ladies slipping me those small, charming smiles when I saunter pass in my sweat suit and sneakers. Except for my wife, the Beautiful AP, no one is even looking at me.