Should You Keep the High Card in Video Poker? 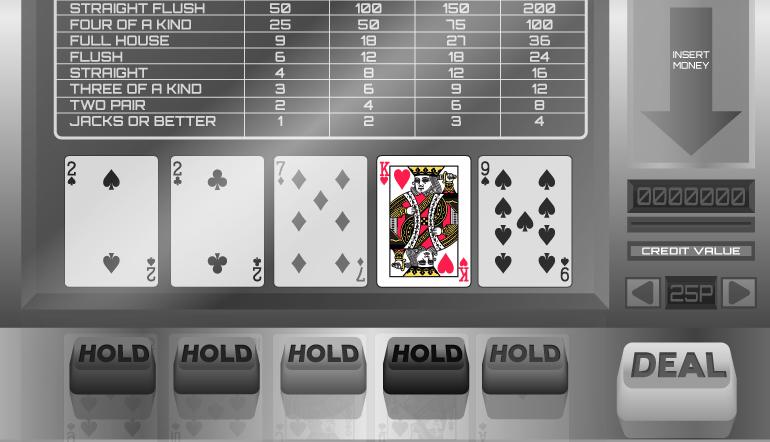 Getting the most out of video poker requires learning to recognize the best possible draw on every hand.

Your video poker strategy decisions make a real difference in your wins and losses. And one of the most important decisions you'll make involves something we can call "The High Card Conundrum."

The conundrum is this: If you're dealt a hand that includes a Jack or higher, and also includes a lower pair, which do you hold? Do you keep the high card and hope to pair it up, or do you keep the low pair and hope for two pairs, three of a kind or something even better?

So, how do you play video poker? Do you go for more winners, or a higher average payback per winner?

Before getting into the explanation and arithmetic behind it, let's go straight to the answer: The better play is to hold the pair.

Let's use an hand that starts with Jack of hearts, 7 of spades, 7 of diamonds, 10 of clubs and 4 of spades as an example. Then let's evaluate it in two games: 9-6 Jacks or Better and 9-6 Double Double Bonus Poker. 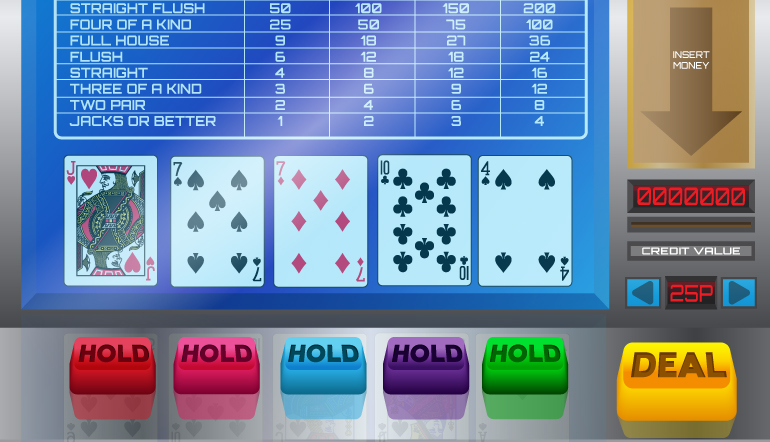 Most of the pay tables are identical. They differ in two important respects:

Jacks or Better pays the same 25-for-1 on all four of a kind hands, while Double Double Bonus pays more on all quads, with payoffs differing depending on the card ranks. No four of a kind in JB pays more than 125 for a five-coin bet, while four Aces with a 2, 3 or 4 as the fifth card can bring 2,000 coins in DDB.

On the other hand, Jacks or Better pays 2-for-1 on two pairs while DDB pays only 1-for-1. That's extremely important, because two pairs occur much more often than four of a kind.

With that in mind, let's look at the possibilities with our example hand, Jack of hearts, 7 of spades, 7 of diamonds, 10 of clubs and 4 of spades.

In Double Double Bonus, those 53 four of a kinds could be broken down into 49 consisting of four 5s through Kings, three that are four 2s, 3s or 4s and one that is four Aces.

To get an average return, we'd need to multiply the return per hand by the number of occurrences, add all the payoffs, and divide by the total number of draws.

We'd go through the same process in Jacks or Better, but multiply the two pairs by 10 instead of five. And, of course, there would be different multipliers on the four of a kind hands.

Let's cut straight to the average: If you hold just the Jack, you win on 33.67 percent of hands. Your average return is 2.42 coins per five wagered in 9-6 Jacks or Better and slightly less at 2.21 coins in 9-6 Double Double Bonus.

What if you hold the pair of 7s instead?

Again, straight to the averages: By holding the 7s, you win on just 28.31 percent of hands -- more than 8 percent fewer than if you hold the Jack by itself.

However, your average payback increases to 4.12 coins per five wagered on Jacks or Better or 3.67 coins on Double Double Bonus.

In summary, by holding the low pair, you win fewer hands, but you win more money. The High Card Conundrum is a decision you'll face frequently. Learning to hold the low pair rather than a high card is one of the key plays every video poker player must learn.