How to Get a Straight at Video Poker? 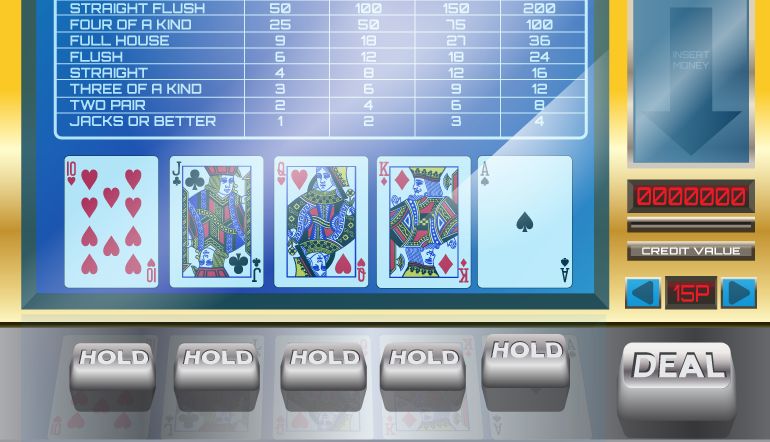 Let's have a little straight talk about straights - specifically, one-card draws that attempt to complete straights in video poker.

Not all straight draws are created equal. Some draws are on the inside. Some are outside, or open-ended. That makes a difference in video poker strategy as we chase the 4-for-1 payoffs straights bring on most video poker games that don't have wild cards.

Definitions first. Your draw is "open-ended" or "outside" if the cards you hold are consecutive and the straight can be completed with a card ranking higher than your highest card or lower than your lowest card.

If you hold 5-6-7-8, you can complete a straight by drawing either a 4 or a 9. Thinking of holding the fifth card? Big mistake. 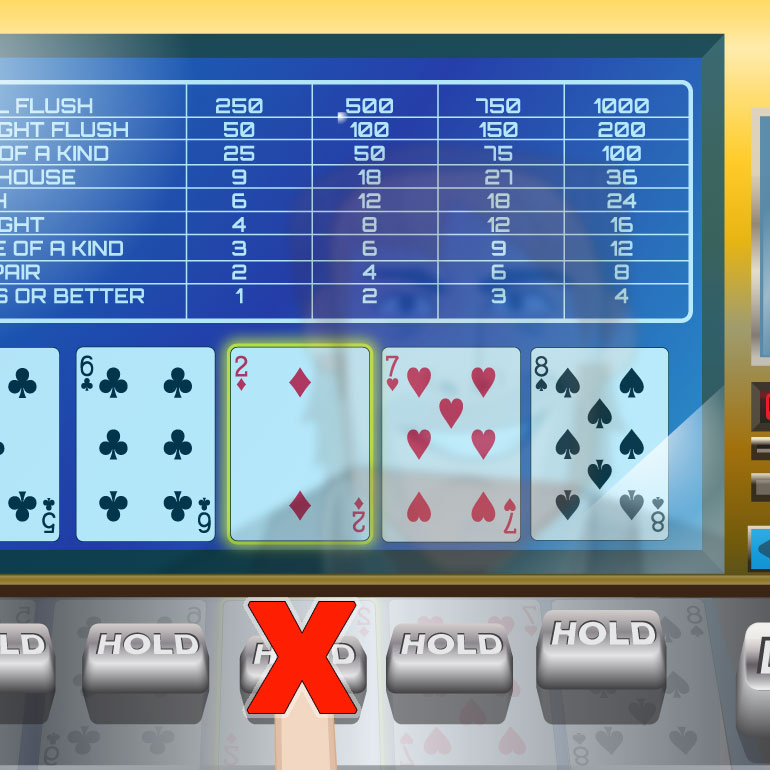 Since there is a 4 and a 9 in each of the four suits that give you eight possible cards that would give you a straight.

Take the second part of that definition first. For purposes of straights, Aces can be regarded as 1s, the lowest card in the deck.

So Ace-2-3-4 gives you four cards to a straight, but you can complete it only with a 5 since there is no lower card than an Ace.

At the other end, Jack-Queen-King-Ace also leaves only one denomination to complete the straight. That's the 10, one card lower than the Jack. When the Ace is used as the high card, there is none higher, so only the four 10s complete a straight here.

Now let's look at the first part of the definition. If you hold 4-6-7-8, you need a 5 to complete the straight. This is an inside draw because you're holding cards lower (the 4) and higher (the 6, 7 and 8), than the card you need.

On a one-card inside-straight draw, there are four cards that could complete your straight. In this case, that would be the four 5s.

When the fifth card is an unpaired low card, as in the examples above, your best strategy is to go for the straight, regardless of whether it's an inside or outside draw. That applies to 9-6 Double Double Bonus and similar games in which two pairs pay 1-for-1.

However, there are situations in which strategy changes depending on whether your straight draw is inside or outside.

The above example was set up with a low fifth card to leave no doubt as to whether to hold the straight.

What if the fifth card is a Jack or higher instead? Check out the same four-card straights, but with a Jack of hearts as the fifth card instead. Do you hold the open straight or the Jack, which brings a 1-for-1 payoff if you draw a second Jack and can bring higher-paying hands with good draws?

If you hold the Jack, the average return is 2.19 coins per five coins wagered. That's not as high as the 3.40 on the open-ended straight, so your best play is to hold 5-6-7-8 and discard the Jack. 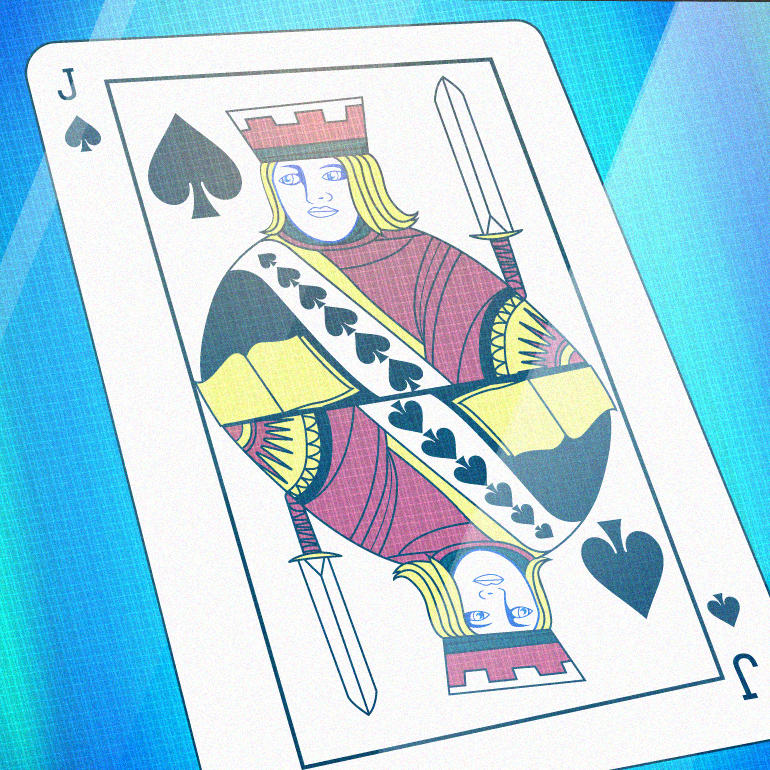 However, that return on the Jack is better than the 1.70 on the inside straight, so you're better off holding the Jack and discarding 4-6-7-8.

With two or more high cards, at least one will be part of your four cards to a straight.

If you have a 7 instead of an 8 for an inside straight draw to 7-9-10-Jack, then the average return on the one-card draw drops to 2.02 coins and the better play is to hold King-Jack and discard the rest.

With or without high cards, the better play is to go for the straight on the outside, but give preference to the high cards if the straight draw is on the inside.

If one of the cards in your potential straight matches another card in the hand, it's decision time. Do you hold the low pair or go for the straight?

The answer usually is to hold the low pair, but it depends on how many high cards your hand includes.

With no high cards, hold low pairs instead of four-card straights, regardless of whether the straight draw is inside or outside.

With one high card, as in  8-9-10-Jack with another 8, it's closer. Since you can pair the high card for a 1-for-1 payoff, the Jack adds value to the straight draw.

If the straight draw is inside, as in 7-9-10-Jack with another 7, the average return is 2.02  coins. That's better than an inside straight without a high card, but not as good as a low pair.

Because of that, we value flushes more than straights.

The open-ended straight draw has that same average return of 3.40 coins we've seen on other hands, and if we change to an inside straight, it's still a low 1.70 coins. But holding the four spades in our 9-6 game has an average return of 5.74 coins.

Easy decision: We go for the flush.

What if the flush pays only 5-for-1? The average return for holding the four spades drops to 4.79 coins, but that's still better than the 3.40 on the outside straight draw.

But regardless of whether your draw is inside our outside, four-card straights don't pack the same value punch as four-card flushes.

Video Poker Tips
About the Author
By
John Grochowski