Sports Betting Set to Become Legal Across The United States 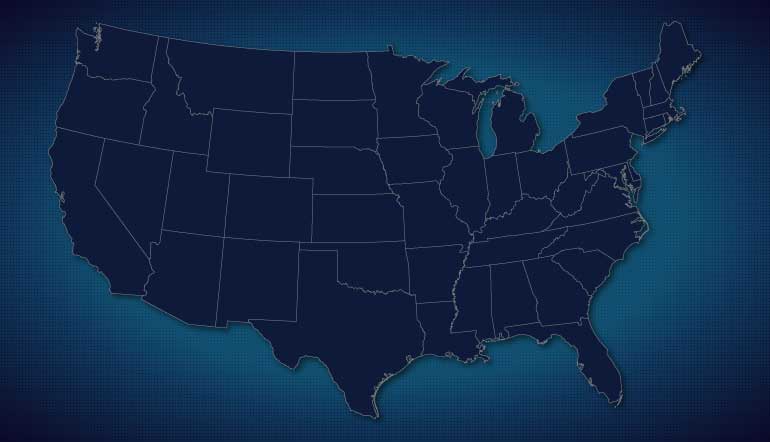 On the morning of June 14, sports betting became officially legal in the state of New Jersey. It is only fitting, then, that the first person to place a bet that day was Phil Murphy, Governor of New Jersey. Proponents of legalized sports betting spent the last seven years fighting for New Jersey residents to gain the simple right to legally bet on games in their state. And now Murphy was about to do it. He wagered a mere $20 on Germany to win the World Cup and another 20 on, of course, the Jersey Devils hockey team to take next year’s Stanley Cup.

He laid down his bet at Monmouth Park Racetrack, New Jersey’s first book to be operating.  But it will not be the last. It was soon followed by the launch of a makeshift sportsbook at Borgata, Atlantic City’s most famous casino and the one that comes closest to replicating a Las Vegas experience for its customers. Inside the Borgata’s facility that previously catered exclusively to horse bettors (a brand new Vegas-worthy sports book, budgeted at $7 million, should be open in time for the football season), former NBA star Julius “Dr. J” Erving placed the debut bet at Borgata. He gambled a measly $5 on reigning Super Bowl champs the Philadelphia Eagles winning it again in 2019.

The sums of money may have been small. But, in the big scheme of things, those bets were huge. They not only heralded the opening of sports betting in New Jersey but also signaled opportunities for the popular form of gambling to be legalized across all of America. As the revision of the law reads, each individual state can decide on whether or not it wants to have sports betting. Underscoring it all, as this story goes to press, Rhode Island became the third state, after New Jersey and Delaware, to greenlight betting on sports.

By the time you read this, AC’s two newest casinos (the first to open there in years, both debuted in June), Ocean Resort and the Hard Rock, will be up and running with sportsbooks of their own. There is little doubt that just about every casino and race-track in New Jersey will soon offer odds and take action on sporting events. “We led the fight for sports betting and it’s now happening,” New Jersey State Senate President Steve Sweeney crowed in a statement. “We intend to see that New Jersey continues to be a leader with a sports gaming industry that thrives. Our efforts will pay off.”

Sports fans rank among the big winners in all of this.  After all, if you love sports, few things are more enjoyable than spending a Sunday afternoon in Las Vegas with a skein of wagers, large or small, spread across the day’s roster of games. Surely aware of this, management at the casinos and race tracks of New Jersey will eventually provide top-flight experiences, complete with giant screen TVs, food, and drink at the ready, and efficiently managed betting windows.

The Vegas correlation promises to be most evident when sporting events are the largest. “During the NCAA tournament and Super Bowl week, you can’t get a room in Las Vegas and Atlantic City is a ghost town,” stated Ray Lesniak. “That changes with sports betting.”

It is estimated that sports betting will generate $100- to $200-million for the New Jersey gambling industry. It also has the potential to be a boon for people who earn their livings betting on sports. “If the lines in New Jersey are different from those elsewhere, it can be a good thing,” says Bill “Krackman” Krackomberger, a professional gambler who grew up near Atlantic City but is currently based in Las Vegas. “I’m looking forward to spending the summer down there and placing lots of sports bets.”

While the new law promises to provide Krackman with an easier life, there was nothing easy about enacting it. The progression to legalization began in 2012. That was when Lesniak officially raised the issue of allowing individual states to legalize sports wagering, within their borders, for the first time.

What made the legislation challenging is the fact that it was not simply a matter of New Jersey wanting to legalize sports betting, but it meant that the state would actually have to overturn a federal law. That law, known as PASPA (Professional and Amateur Sports Protection Act), prohibited states from deciding on whether or not they can legalize sports wagering.

Lesniak and his crew brought their fight before US courts on nine occasions and were shot down every time except for the last one. "All along, no one gave me a chance," Lesniak has stated. "All these great legal minds [said,] 'Lesniak has no idea what he's talking about. There's no way this is going to happen.' That's why I feel just a little bit of self-satisfaction."

The fact that Lesniak and company were going up against the NFL, Major League Baseball, the NCAA and the NBA – which all expressed fears that the spread of legalized betting could compromise the legitimate outcomes of their games – did not make things easier. Over the course of the battle, though, the NBA came around with commissioner Adam Silver acknowledging as much via a statement from the league’s attorney Dan Spillane. He told ESPN in 2016, “Our conclusion is that the time has come for an approach that gives sports fans a safe and legal way to wager on sporting events while protecting the integrity of the underlying competitions.”

At least the NBA’s honchos got the point that for most Americans having a little action on the outcome of a game is half the appeal of actually watching said game. Indeed, according to a study done by the television research company Neilson Sports, sports bettors comprise 25 percent of the NFL’s television audience. But the gamblers watch games with more intensity than folks who have nothing riding on the outcomes. They accounted for 47 percent of all minutes viewed.

More people betting on the games that they watch should have a serious payoff for leagues, broadcasters, and advertiser. “Hands down, it’s a huge deal,” sports economist Brad Humphries told the New York Times. “How huge it depends on how quickly states move and how many states move to legalize sports betting.”

Though the United States has a long history of being surprisingly prudish when it comes to gambling – until 1976, Nevada was the only state in America where casino gambling was legal – there are currently 40 states with some form of legal casino gambling. It is expected that most of them will want in on the sports-betting action.

Pennsylvania, West Virginia, New York, and Mississippi seem poised to be the next states to crank outlines and take action. All four have state laws that enable sports betting. It is estimated that 32 states will have legal sports betting within the next five years.

As that happens, the sports leagues, which once vehemently opposed sports betting, will be lining up for their tastes of the action.  They are angling for a type of payout known as an “integrity fee.” The term was supposedly coined by the NBA and Adam Silver is behind it big time. He believes that his league – and presumably others – are entitled to a cut of sports-betting revenues because they will need to spend money on supervising players and making sure no cheating goes on. Additionally, he said, “We also think we are due [to] a royalty.” As his thinking goes, “To the extent that that [a sports league’s] product is used for casinos [and] betting parlors to make money on, we feel … we should receive some sort of royalty.”

Wherever those payouts come to pass – Nevada has long refused to pony up the so-called “integrity fees” – money comes from the casino which, if history is any indication, will ultimately be derived from customers. Whatever the windup happens to be, though, right now gamblers themselves are not sweating the complication

That attitude is epitomized by an avid bettor who drove down to Atlantic City from neighboring New York. He wanted to be there for opening day of sports wagering at the Borgata. “I felt the fever!” he enthused to covers.com. Adding that he can hardly wait for his home-state to open the legal-gambling floodgates, the man said, “New York needs to get its act together.”

The sentiment is becoming increasingly common among sports lovers who are eager to legally lay down their wagers in a country with the potential to revolutionize the sports betting industry.

Sports Betting
About the Author
By
Christopher Null